Flying Under the Radar

“There’s nothing there, just rattle to that buzz

Somebody said something ’bout a never was.”

In 1976, I read Ian Hunter’s excellent book, Diary of a Rock Star, which chronicled Mott the Hoople’s 1973 tour of the United States. In its pages, Hunter’s stated mission was to demystify the rock star thing, to pull back the curtain and show their longtime fans how the machinery of the music biz worked. It’s a fascinating read that I’ve finished several times over the years.

Upon a recent rereading, the thought occurred to me to start a rambling dialogue, whether it be a blog or something less ephemeral, that followed the life of my band, the Tim Lee 3, which consists of myself, my wife Susan Bauer Lee, and our drummer Chris Bratta.

Ours is the story of a hardworking part-time rock n’ roll band, one that makes records and plays regular shows. One that exists on a different plane from famous bands or total part-timers who rarely leave the comfort of their hometown to perform.

It’s not glamorous, but it’s not a downer trip either. It’s just what it is: the story of three people who love to make racket and see various parts of the country through that racket.

So c’mon and have fun with us. 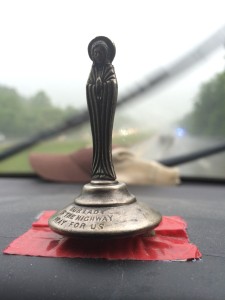 What makes a grown man climb in a van and drive several hours just for an hour (or less) of being on stage, playing rock n’ roll?

It was the question I asked myself as we pulled onto I-85, headed back toward Knoxville from Charlotte, on a beautiful spring morning. We were on the cusp of summer, and most middle-aged guys were washing their cars, mowing their lawns, or getting ready for a cookout with the family and friends.

My band and I had just fueled up: gas for the stealth van and coffee for the body and spirit. It was time to roll home.

I considered the four-hour drive that we faced, as Susan and Chris checked email and social media on their smart phones. I thought about the question I posed at the opening of this bit of scribbling. I knew the answer, and frankly I was quite comfortable with my choices.

END_OF_DOCUMENT_TOKEN_TO_BE_REPLACED

Yeah, we’re looking forward to playing at the LEGENDARY Hippie Jack’s this spring. We’re scheduled for Friday, May 22, at 2:45 pm on the River Stage.

And you know we are the last of the great indoorsmen, so you can come rock with us and camp with us, and, just for laughs, watch us try to pitch a tent.

We’ve gotten some really nice reviews so far for 33.1/3 and we are so grateful for every kind word.

Thanks to everyone who came out to the show at Scruffy City Hall last Friday night. We had a stone cold blast. 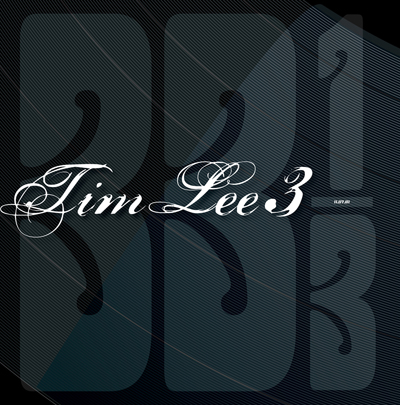 Our new record, 33.1/3, hits the streets next week. We hope y’all will come celebrate it with us at Scruffy City Hall on Friday, March 6. 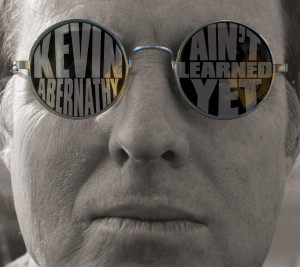 The show will also feature the new self-titled Bark record (2/3 of TL3 side project) as well as our friend Kevin Abernathy’s new record Ain’t Learned Yet (we highly recommend that y’all check him out… click on those covers). 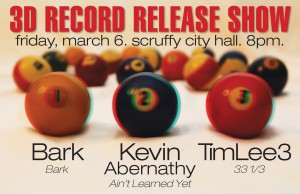