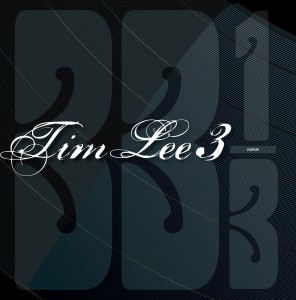 Big ol’ ginormous hugs and kisses and our heartfelt thanks to everyone who pre-ordered 33.1/3 thru our indiegogo campaign. Your orders begin shipping on Monday, February 2.

33.1/3 officially goes on sale on March 6. We have a big party planned to celebrate the TL3 record release as well as the Bark self-titled record AND Kevin Abernathy‘s new record, Ain’t Learned Yet.

If you’re anywhere near Knoxville, Tennessee, that weekend, you should be there. It’s gonna be a 3D raucous good time.

My friend Bruce Golden once told me that “a good song can stand a good jumping up and down on.”

For me, a song is an elastic thing that can be arranged and performed in multiple ways. I’ve always felt the best ones could be communicated with a single instrument or with elaborate orchestration.

A song should be able to stand on its own two … er, feet? It shouldn’t be tied to a singular style. Country songs can make good rockers; rockers can be good folks songs. Traditional blues songs have been turned into amazing jazz pieces.

As I like to say, we’re all playing the same three chords, so who cares what you call it?

A few years ago, Susan and I decided we wanted to play some of our songs in a different setting from the Tim Lee 3. So we called on our friends, cellist Cecelia Miller and multi-instrumentalist Greg Horne, and formed a loose collaborative we called the Quake Orphans to play quieter (usually slower) versions of our material.

For this week’s Friday Freeload, we’re offering two versions of the same song: the TL3’s version of “Good Times” from Raucous Americanus and the Quake Orphans’ version from the limited-edition EP we released as a premium for pre-ordering “Devil’s Rope” in 2013.

The original version was recorded at Wavelab Studios in Tucson by Chris Schultz and mixed by Craig Schumacher and features our good friend Winston Watson on drums. The ’Orphans take was recorded live by Greg on a Sunday afternoon at the Parlor music store in downtown Knoxville. Greg also mixed it.

These versions are not as drastically different as some of the others we recorded for the EP, but they give some indication the kind of thing I’m talking about here.

and now… for your streaming and/or downloading pleasure, we present “When Baby Caught Fire,” a live track from Live from Armory Sound : Boston, a limited edition CD available with our pre-sale campaign. The studio version of this song is the lead track on 33.1/3.

When we were planning our Northeast tour last year (or tourlette, as we like to call it), I contacted my friend Pete Weiss, owner of Verdant Studio in New Hampshire and member of the excellent instrumental band the Weisstronauts from Boston.

Pete suggested setting up a live in-studio recording session at Armory Sound in Somerville, Massachusetts, just outside Boston. They do a series there with small invited audiences on occasion. Sounded cool to us, so Pete pulled it together.

On Thursday, November 13, we met up with Pete and Armory engineer Jeff Gallagher and set up for the recording. While looking around the studio, which is located in the basement of a community center, I noticed an odd two-string bass hanging on the wall along with a few Morphine album covers.

After inquiring, we learned that Armory Sound was actually Morphine’s Hi-N-Dry Studio and still contained much of their equipment. It’s a very cool place with a great vibe and lots of groovy gear. Susan played through a tuck-and-roll Kustom amp that had belonged to late band-leader Mark Sandman (and was very similar to the Kustoms in Susan’s collection).

The Weisstronauts went on first and played a great set for the assembled guests. I’ve seen them a good many times over the years and always enjoy them. Unfortunately, it was the last time the ’nauts appeared with guitarist Kenny Lafler for a while, as Kenny broke his hand the following day playing basketball.

We took over and played a ten-song set that ranged from very old, somewhat old and brand new. Yes, we saw a dozen faces and we rocked them all. Jeff Gallagher captured it, and we brought the tracks back to Knoxville, where John Harvey and I mixed them at Top Hat Recording.

The Tim Lee 3’s “Live from Armory Sound: Boston” is now available as a limited-edition CD when you pre-order our new record “33-1/3”. Once we sell them, they will be gone, so order now.

But wait, there’s more … order now and you can still get the Bark EP as well!

And for your streaming and/or downloading pleasure, we present “Gator Lake Road” (Bark, self titled, 2015), a side project.

In January of last year, Susan took an interest in playing the drums. TL3 drummer Chris Bratta showed her a few things, wrote her some practice charts, and encouraged her to go for it.

Within a couple weeks, I could hear her in the basement playing along with Creedence Clearwater Revival records. It was impressive.

Playing any musical instrument is a lot more fun when given a context, i.e. playing with other humans, so after a while I joined in.

Taking our cues from heroes like Tony Joe White, the Gun Club, R.L Burnside, and the Cramps, as well as Knoxville friends such as Big Bad Oven and Daddy Don’t, our duo thing took shape pretty quickly, especially after I procured a Bass VI (basically a six-string guitar that is tuned a whole octave lower than standard).

We had some ideas for songs, found our groove, Susan dubbed it Bark, and in June our little side project made its debut at the Pilot Light opening for Wreckless Eric.

Since then, we’ve played several shows in and out of town, written more songs, and recorded an eight-song EP that is now available as a premium when you pre-order the TL3’s “33-1/3” LP or CD.

Today’s Friday Freeload features “Gator Lake Road,” a song from that EP, which we recorded live with our friends John Harvey and Mary Podio at Top Hat East here in Knoxville. (Did I mention that Susan sings while she’s drumming? Yeah, that’s live too on this recording.)

This was one of the last songs we wrote and worked up to record for 33.1/3, so unlike most of the songs on the record, we didn’t play it out live before the recording process. More often than not, we give songs a good working out on stage before we commit them to tape. Oddly, we didn’t get around to working it back up as a live song until several months later.

I probably came up with most of the song, but Susan and Chris had a big hand in the arrangement. We spent a good deal of time on that, figuring out the rhythmic feel, the transition into the bridge, all of that kind of stuff.

In the studio, we took a pretty straightforward approach, tracking the bass, drums, and rhythm guitar live before going back and adding better vocal takes from Susan and I, a second guitar track, and some percussion. Our friend, Christina Horn from the band Hudson K, was hanging out with us in Tucson, so we drafted her to add some textural synthesizer to the track. We picked out an early-’70s Elka String Machine from WaveLab’s massive vintage keyboard arsenal, which gave it what I jokingly called “the Moby sound.” (Yeah, I’m a closet fan.)

For this, the last sessions for the album, we stuck with the 16-track two-inch tape format, which limited the number of overdubs we could do without bouncing tracks. It was a conscious decision, and one that I feel served the process quite well.

In some ways, this last-minute addition to the proceedings turned out to be one of my favorite songs on the album.

Hope you dig it too.